The drawings and sketches included in this section are part of a wider selection the artist prepared and gathered in an album entitled Mario Negri/“Appunti”. It is composed of many sketches (in pencil, fountain pen and ballpoint) made on paper or cardboard from 1963 to 1984, joined by two small etchings.
The two drawings in pencil on paper (10 x 10 cm) from 1981 belong to a sequence of eight which the sculptor organized in a matted series entitled Disegni per un’acquaforte 1980-1981 (Drawings for a Watercolor 1980-1981).

The studio archive contains a good number of drawings (made with various techniques) that have yet to be catalogued. They were shown for the first time in an exhibition held in Genoa in 1946, and many years later in the retrospective in Matera, 2001. 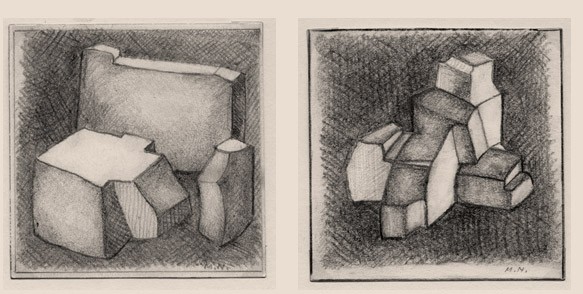 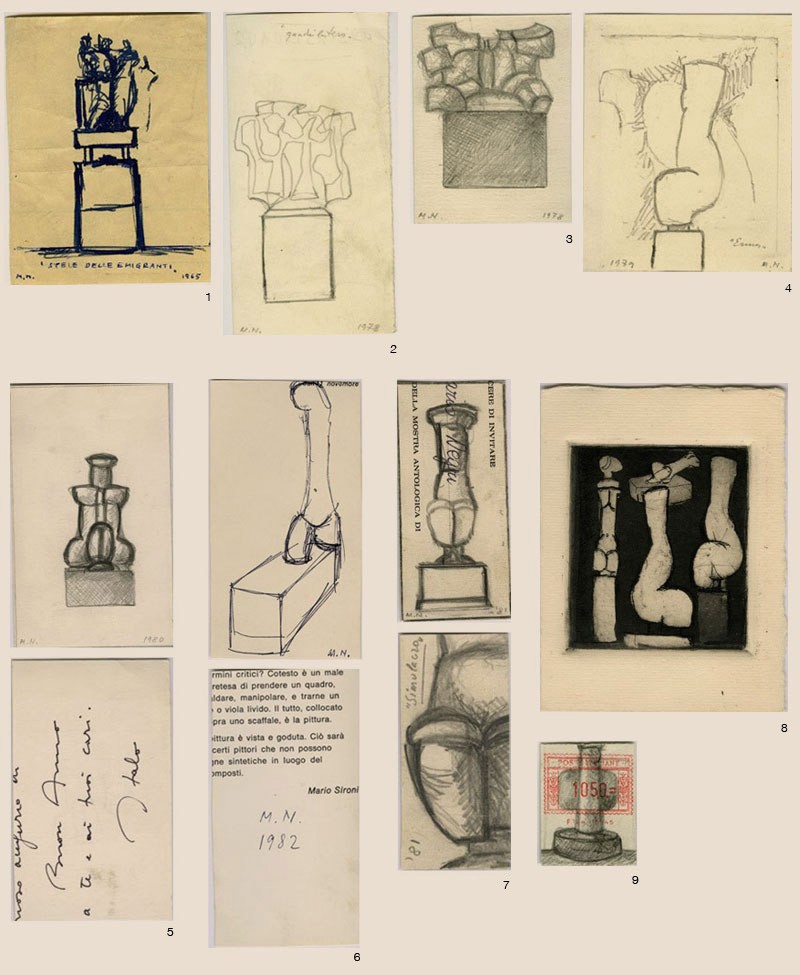 Manage Cookie Consent
To offer you an ever better browsing experience, this website uses its own cookies and those of selected third-party partners. Third-party cookies may also be profiling cookies. Please read our information on the use of cookies to find out more or go to "Customise" to manage your settings. By clicking "Accept" you consent to the storage of cookies on your device. By clicking "Reject", you accept the storage of only necessary cookies.
Manage options Manage third parties Manage vendors Read more about these purposes
Customize
{title} {title} {title}